People of all ages gathered in the sunshine at Braywick athletic track in Maidenhead, to take part in the annual Lions Club of Maidenhead FundRun, which is now in its 13th year.

Four teams of eight took it in turns to run a 200m relay around the track and the number of these ‘runs’ gives the total for the team’s sponsorship.    The challenge is to complete as many laps of the 400m track as we could within 55 minutes.  An adult team of eight usually completes an average of 60 laps in the allocated time. 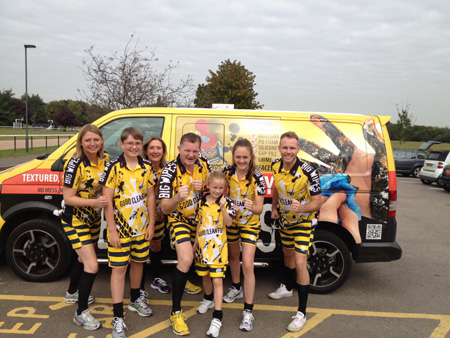 Joining in the fun in all our yellow glory was the Big Wipes team, interestingly named Big Pants.

After nearly an hour, we managed to run (read jog, stroll, walk, wobble, limp, hobble, shuffle, crawl) ourselves into 2nd place, being pipped to the post by the Deputy Mayor of Windsor and Maidenhead, Cllr James Evans’ team.

FundRun Co-ordinator and Lions Club of Maidenhead member, Don Everett said the organisation was very pleased with how the day went.  He stated: “The gods were kind, the sun shone and the wind was calm. It was a good day with a nice crowd.” 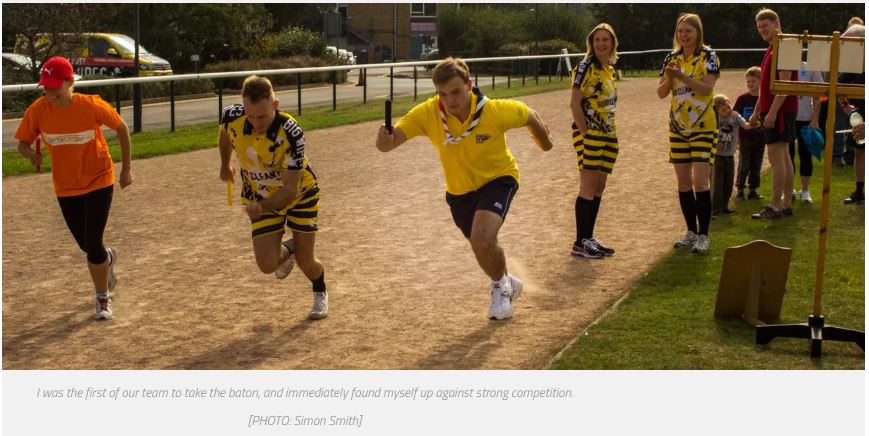 President of The Lions Club, Brenda Butler, added: “The Maidenhead FundRun is so inclusive because it is for the old and young as well as the disabled, it’s just wonderful and such a nice opportunity to catch up with everybody.”

“Schools, sports clubs, church groups, businesses or any individual who can raise a team are welcome.”

Half of money raised by the Maidenhead FundRun will go towards Family Friends of Windsor and Maidenhead, the nominated charity of the Lions club, and the rest will go to a good cause chosen by each team.

Maidenhead Lions Club members are dedicated to the Lions motto ‘We Serve’.  Lions are members of Lions Clubs International, a community service organisation dedicated to the idea that the men and women who live in a community are in the best position to know who needs help and why.  The Lions Club of Maidenhead is part of the world’s largest service organisation, with 1.35 million members serving in 206 countries and geographic areas. The association is both non-political and non-sectarian.  The Club organises a number of fund raising events throughout the year to provide funds for the support which they provide to local people and to local, national and international organisations and projects.