The Big Wipes team exhibited at Installer Show 2019, where more than 100 leading manufacturers showcased everything from boilers to showers.  The Installer Show gave engineers the chance to become familiar with the latest products on the market. 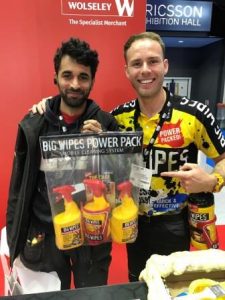 Additionally, visitors got involved with the huge selection of giveaways and special offers. Interactive games and challenges that test knowledge and skill ensured that nobody had time to get bored.

Plumbers and heating installers swamped the Big Wipes stand as soon as the show opened.  They clearly wanted to get their hands on some fantastic Big Wipes deals!  Not only did we meet familiar faces, our amazing product demonstration also converted previous non-believers into Big Wipes enthusiasts.  So much so, that by the end of day three, we were all sold out. 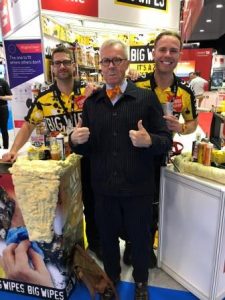 Being a plumber or heating and ventilation installer is often dirty work.  You can’t avoid grime when ripping out a kitchen, for instance.  Silicone might be perfect for sealing baths, but it is nasty stuff when it gets on your skin and can be tough to remove from tools.  Big Wipes can quickly eradicate PU expanding foam, silicone, adhesives, sealants, oil and general grime – without the need for water.  It is no wonder then, that Big Wipes are the installer’s favourite wipes.

The Installer Show reported at the end of last year, that they had been named Best Trade Show by the EN Indy Awards.  This is a brand new awards scheme dedicated to recognising the achievements of independently organised shows. 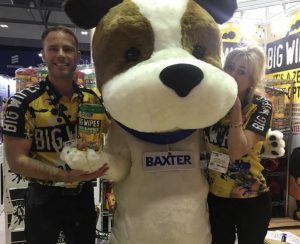 Installer stated: “The competition was tough, but the expert panel of judges were impressed that the Installer Shows had established themselves as must-attend events for heating and plumbing engineers, and revitalised trade shows in the industry”.

“We are absolutely thrilled with the win,” said Eoin McManus, Installer Magazine’s Managing Director.  “The independent research we do after all of our shows,  proves that we stage excellent events that visitors want to go to because they get so much out of the experience. 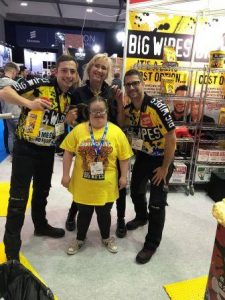 “We are a tight-knit but effective team that work on both the magazine and our trade shows.  I couldn’t be happier that all of our hard work has been recognised and rewarded.

“This is a huge achievement, not only for us but for all our exhibitors, who have contributed so much to this success”, Eoin concluded.

The Big Wipes team congratulates Installer Show 2019 on this brilliant and well-deserved accolade.  We are very proud to be associated with the show, which we have supported since its inception.