The UK Plumber of the Year 2019 competition has revealed their much-anticipated shortlist.

The infamous UK Plumber of the Year competition has returned for its fifth year and it’s the fifth time that Big Wipes are part of the generous sponsorship package. 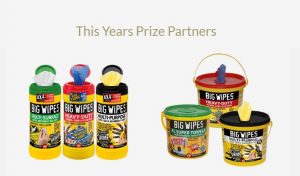 UK Plumber of the Year 2019 reports as follows:

“Following the success of the previous competitions, bathroom and kitchen giants JT, Wolseley and Bristan have joined forces to launch the 2019 UK Plumber of the Year competition, for the 5th year running.

“We first launched the competition in 2015, where our nationwide search found Josh Colbert, a multi-skilled plumber from Huntingdon in Cambridgeshire, as the worthy winner of the inaugural UK Plumber of the Year competition.

“In 2016, Shaun Scott from Aberdeen picked up the crown, and a year later Wigan’s Drew Styles followed in his footsteps.  Last year, it was Steve Bartin from Taunton who took home the accolade in a record-year for applications!

“The competition will again see bathroom and kitchen giants JT, Bristan and Wolseley come together to recognise the remarkable level of talent from plumbers across the UK.  In addition, a massive prize fund worth £15,000 is up for grabs.”

Official Judging of UK Plumber of the Year 2019

“The competition’s Official Judging Partner, Watersafe, has shortlisted 15 plumbers from across the UK from the applications submitted.  Watersafe is the online directory and national accreditation body for competent and qualified plumbers in England, Scotland, Wales and Northern Ireland

“The public will now vote for who they believe deserves to be crowned the winner.  After that, the five contenders with the most votes will go through to the grand final.  The latter will take place at Bristan HQ later in the year.” 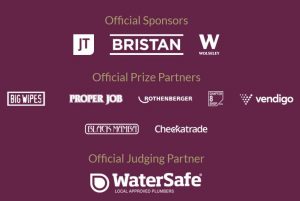 The lucky Plumber of the Year 2019 will receive the following array of fantastic incentives and prizes:

Good luck to all the finalists from everyone at Big Wipes!  You can vote for your favourite here: