Yet again, the Big Wipes stand was the centre of attention for visitors and a magnet for prominent journalist Steph McGovern and a film crew, who felt compelled to capture the magic of Big Wipes on video.  We do understand that you cannot believe your eyes when you witness just how much filth Big Wipes can remove with one single wipe! 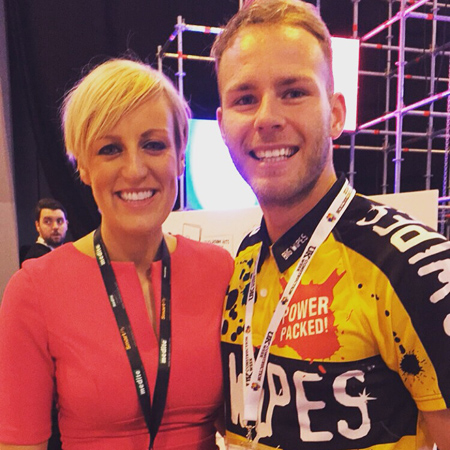 The inaugural six-day event spanned five halls of the exhibition centre and attracted visitors from across the entire spectrum of construction – from high-end architects, interior designers and infrastructure engineers, to self-builders and home renovators. 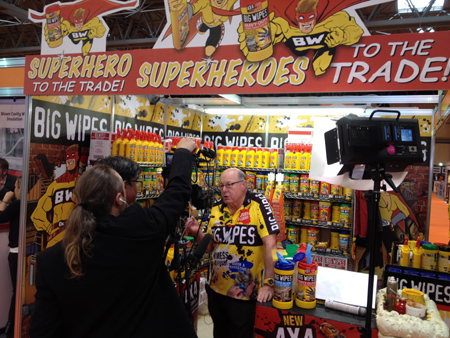 Richard Morey, Group Events Director at Event Organisers, Media 10 commented: “It’s an exciting time to be involved in the construction industry. Construction growth is continuing to drive the UK’s economic recovery and with more than 2.2 million people employed in this sector, output and productivity is only set to increase. We recognised that there is a very real desire for an event like this brings the whole industry spectrum together, providing a much needed opportunity to network, learn and do business – as well as simply celebrating the industry at a time of renewed optimism.

“It was an ambitious undertaking but we couldn’t be happier with how UK Construction Week 2015 turned out. There was a real buzz throughout the three days and the quality of visitors has been excellent. We’re also pleased that so many of our housebuilding and architectural visitors really recognised the value and the synergy between Grand Designs Live and the more trade-focused shows. We’re looking forward to developing the show even further over the next few years – we’ve already confirmed the NEC until 2019.”