For five days in March, national and an ever increasing percentage of international trade visitors from the installation trade, retail trade, firms of engineers and architects, housing and property companies, service providers, public authorities and universities met at Messe Frankfurt’s fully-booked up Fair & Exhibition Centre. 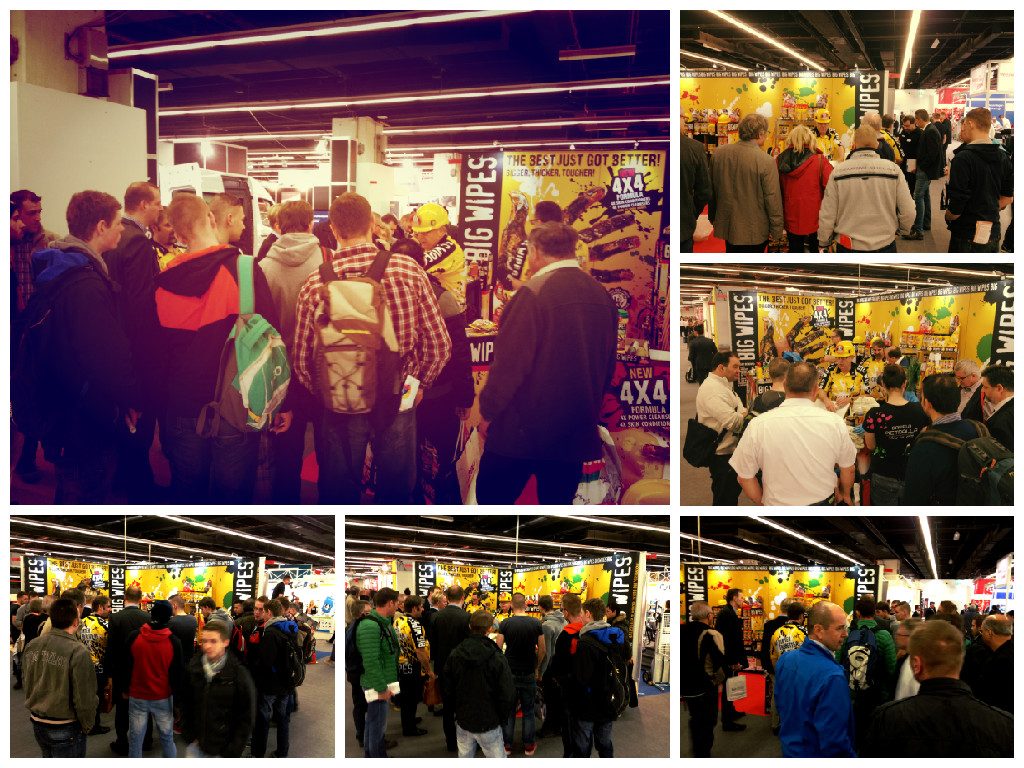 It stands to reason that the world’s biggest exhibition for the HPV market needed the world’s biggest wipes manufacturer – Big Wipes!  The Big Wipes team once again gave an impressive demonstration of our No 1 position as the most important wipes supplier for the sanitation, heating and air-conditioning sector.

Not only did our bright and busy stand attracted thousands of visiting tradesmen, it was also a magnet for the filming crew of a local TV station.  Despite our expectations of being offered our own series on German TV didn’t quite materialise, we did enjoy being film stars for the day! 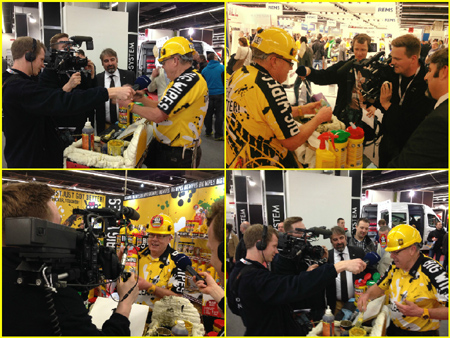 The Big Wipes stand wasn’t the one that was incredibly popular, the ISH 2015 show boasted a new exhibitor record – 198 000 visitors!  With everything from sustainable sanitation solutions, innovative bathroom design and energy efficient heating technologies combined with renewable energies to environmentally friendly air-conditioning, cooling and ventilation technology, 2465 exhibitors covered all aspects of future -oriented building solutions in both horizontal and vertical terms.

“We are delighted with the exceptional success of ISH 2015 and it underscores the positive mood in the sector”, said Wolfgang Marzin, President and Chief Executive Officer of Messe Frankfurt GmbH.

He added: “ISH is traditionally the first event of the year at which the entire sanitation, heating and air-conditioning sector comes together to launch its latest products. It is unrivalled in terms of product variety and the world’s biggest show of its kind.”

“Moreover, with growth in the number of international exhibitors and visitors, the fair has confirmed its leading international role,” concluded Mr Marzin.

The ISH exhibition made its debut over 50 years ago – more than five decades standing for growth, continuity and a successful concept. In a nutshell: a half century success story.