Over 2,300 exhibitors, including all local and international market leaders, such as Big Wipes, showcased their latest products, technologies and solutions to the world market. 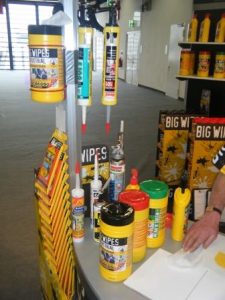 The largest group of visitors at ISH 2013, the sanitation, heating and air-conditioning installation trade, couldn’t believe their eyes when they saw how quickly and easily Big Wipes industrial antibacterial wipes could remove expanding foam, silicone, grease, paint, adhesives and so much more from hands, tools and surfaces. 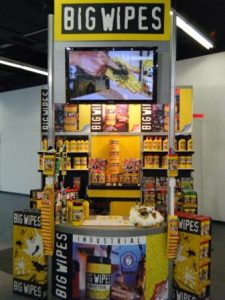 The visitors were also impressed that all the Big Wipes hand cleansing wipes are antibacterial and contained Vitamin E and Aloe Vera, protecting, soothing and nourishing the skin.

When you’re out on a job, cleaning up your hands and tools should be the least of your worries but can often be an almighty pain – particularly when there’s no water available. That’s where the Big Wipes range of cleaning products come in.

Being a plumber or heating and ventilation installer is often dirty work. You can’t avoid grime when ripping out a kitchen and silicone might be perfect for sealing baths but it is nasty stuff when it gets on your skin and can be tough to remove from tools. Big Wipes can quickly eradicate PU expanding foam, silicone, adhesives, sealants, oil and general grime – without the need for water. 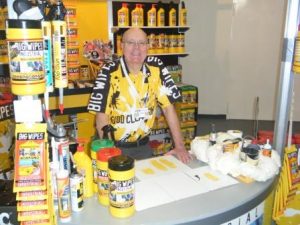 ISH 2013, the world’s leading trade fair for the sector made its debut over 50 years ago and in 2013 ended with increases in all key benchmark figures.

“The figures are impressive proof of the internationally dominant position of ISH as the leading world trade fair for the combination of water and energy,” said Wolfgang Marzin, President and Chief Executive Officer (CEO) of Messe Frankfurt. “In terms of all the important criteria such as quality of products, exhibitor and visitor numbers, as well as the level of internationality, ISH is the unchallenged number one in its field.”