Installer 2018 is delighted to announce that it’s been shortlisted for two prestigious EN Awards.  They are some of the most sought-after trophies in the UK exhibition industry. 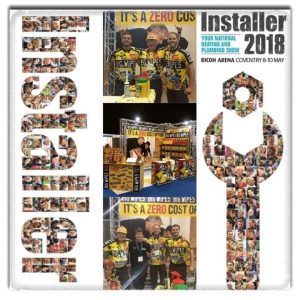 The first nomination is for InstallerINVENT in the Best Feature Area category.

InstallerINVENT first debuted in 2016 and has been one of the most popular features of Installer shows ever since.  INVENT gives bourgeoning inventors the chance to showcase innovations they have developed for free.  In addition, they get invaluable feedback from installers, the very people who will be using the products.

It also gives the inventors the opportunity to make contacts with suppliers, distributors and investors. Previous exhibitors have gone on to have their products stocked in merchants UK-wide.  Many have been taken on by distributors, and even appeared on BBC’s Dragon’s Den. 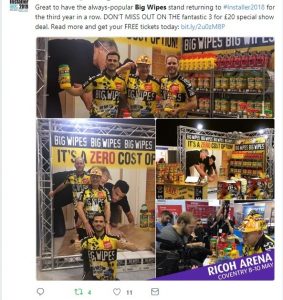 The second nomination sees Installer 2018 shortlisted for Best Trade Show.  The show has already scooped up the same award at the inaugural EN Indy Awards last year.  This is a new scheme dedicated to recognising the achievements of independently organised shows.

Launched in 2015, the Installer shows give heating and plumbing engineers the chance to get hands-on with all the latest products from 120 leading manufacturers.  As well as that, they can take part in giveaways, interactive games, and challenges that put their knowledge, ability and skill to the test. 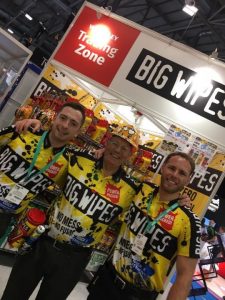 “We’re delighted to be nominated for not one, but two awards,” said Installer Managing Director Eoin McManus.

“To be in the running for these awards shows the hard work that the team here puts in to delivering quality events.  I also want to thank our exhibitors who do a lot to make sure the experience of the show is top notch for everyone visiting.

“We’re up against some tough competition so fingers crossed.  I look forward to celebrating with you all at Installer 2019 at the Ricoh Arena in May.”

The Big Wipes team, who has been supporting the show since its inception, is joining in the crossing of fingers.  We sincerely hope that Installer 2018 wins BOTH awards!

For more information on the show and to read the original article, please click the link here.